Comparison of fipronil-impregnated bait and integrated vector management (IVM) in the control of zoonotic cutaneous leishmaniasis in an endemic focus of Fars province, southern Iran during 2016 to 2017

Background: Fipronil systemic insecticide and integrated vector management (IVM) leading to control and/or reduction of zoonotic cutaneous leishmaniasis (ZCL) cases were evaluated in the studied endemic foci of Fars province, southern Iran, during 2016 to 2017.
Methods: Based on available data on disease circumstances collected from Center for Disease Control (CDC) of Shiraz University of Medical Sciences, incidence of disease, and demographics of the natives, five villages were randomly selected among those with high and medium CL infection in Kharameh area. All villagers were checked by physical examination and the incidence rates of ZCL cases were recorded. IVM interventions were implemented. Indeed, these procedures consisted of fipronil systemic insecticide poison baits, indoor residual spraying (IRS), outdoor spraying of the patients’ houses, and the thermal fogging (three times) during peak periods of sand flies’ activities.
Results: After interventions, the incidence rates of ZCL decreased by 2.55% in Mehrabad village, in which all IVM methods were implemented. Similarly, the incidence of disease was reduced by 4.89% in Sofla and Moezabad villages, using exclusively fipronil poison baits. Besides, these incidence rates declined by 1.15% in two control villages of Soltan-Shahr and Abshor, where examination of the rodent reservoir hosts was performed.
Conclusion: Fipronil and IVM methods were advantageous in reducing the incidence rates of leishmaniasis, but it seems that the use of fipronil systemic insecticide as a poison bait against reservoir rodent was significantly more effective (P-Value=0.01). 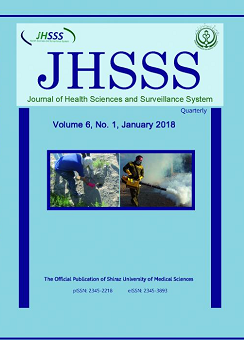