Comparison of Emotional Intelligence between Medical and Non-medical Students

Introduction: Emotional intelligence is considered as one of the significant aspects of person-environment adaptation and one of the important factors of individual differences. As students of each society are the human resources and the constructors of its future, and their physical and mental health is of great importance, the present study aimed to compare emotional intelligence in medical and non-medical students of Hormozgan University of Medical Sciences.

Methods: This descriptive cross-sectional study was conducted on 483 students of Hormozgan University of Medical Sciences who were selected through stratified sampling in 2018. The data collection tool was the Goleman's standardized emotional intelligence questionnaire. Chi-square and independent t-test were used for statistical data analysis by SPSS version 20. The significance level was considered 0.05 in all the tests.

Conclusion: The results of this study showed that the mean score of emotional intelligence in non-medical students was higher than that of medical students. Hence, it is suggested that educational managers of universities should have special financial investments in emotional self-awareness, while holding training courses and using human resource educators for conducting emotional intelligence promotion workshops. 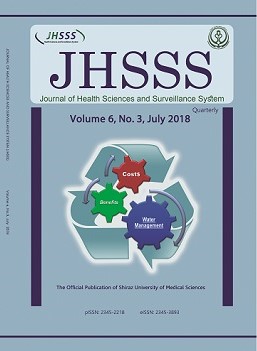