Background: This descriptive study was conducted to evaluate the interaction effects of sewage sludge and its biochar on anthracene biological degradation in a Pb polluted soil under sunflower cultivation
Methods: Treatments consisted of applying three rates of anthracene (0, 12.5 and 25 mg/kg soil), two levels of sewage sludge and its biochar (0 and 30 t/ha) in the presence of Azetobacter bacteria and Piriformospora indica (P. indica) fungus. After 60 days, plants were harvested and plant Pb concentration was measured using atomic absorption spectroscopy. In addition, the soil petroleum hydrocarbons concentration and soil microbial respiration were measured by the method described by Besalatpour et al. (2011). The catalyze enzyme activity was assayed.
Results: Plant inoculation with P.indica and Azotobacter significantly increased the degradation of anthracene in soil by 12.8% in the soil treated with 25 mg anthracene/kg soil. In addition, the soil Pb availability was decreased by 14.6% in the mentioned treatment. Applying 30 t/ha sewage sludge and its biochar significantly increased the plant biomass and anthracene degradation in the soil treated by 12.5 mg anthracene /kg soil by 13.5% and 12.6%, respectively.
Conclusion: Soil treated with sewage sludge and its biochar had a positive effect on plant resistance to abiotic stresses and degradation of anthracene in the soil. Among this, plant inoculation with P. indica and Azotobacter had also an additive effect on bio-remediation of anthracene in the soil that is a positive point in environmental studies. However, soil pollution with heavy metals had an adverse effect on it. 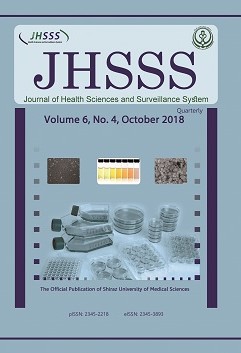