Introduction: Given the importance of aggression in adolescents and the effects of parenting practices, the present study was conducted to investigate the effects of parenting skills intervention on adolescent aggression in Abadeh Tashk town, Fars province, in 2018.
Methods: This randomized clinical trial was carried out on 200 adolescents and their parents in Abadeh Tashk in 2018. The sampling was done through the cluster sampling method and the subjects were randomly divided into the experimental and control groups (100 in each group). The study outcomes were aggression and parenting styles measured by the control and education groups before and two months after the intervention. The data were analyzed using the SPSS20 software as well as the statistical tests such as paired t-test, independent t-test and chi-square test.
Results: The results showed that there was no significant difference between the experimental and control groups in terms of physical aggression (P = 0.98), verbal aggression (P = 0.62), anger (P = 0.40), hostility (P= 0.15), and the total aggression score (P= 0.38) before the intervention. However,  after the intervention, a significant difference was found between the two groups in terms of physical aggression, verbal aggression, anger, hostility, and overall aggression score (P <0.05).
Conclusion: The results of this study showed that parenting style intervention was effective in reducing physical and verbal aggression, anger, hostility, and overall aggression in students. It is suggested that long term interventions should be conducted aiming at parental control over the problems of students since childhood. 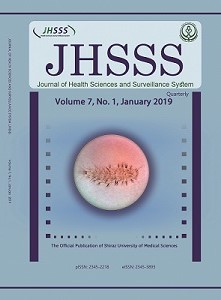